QR Codes with a Purpose 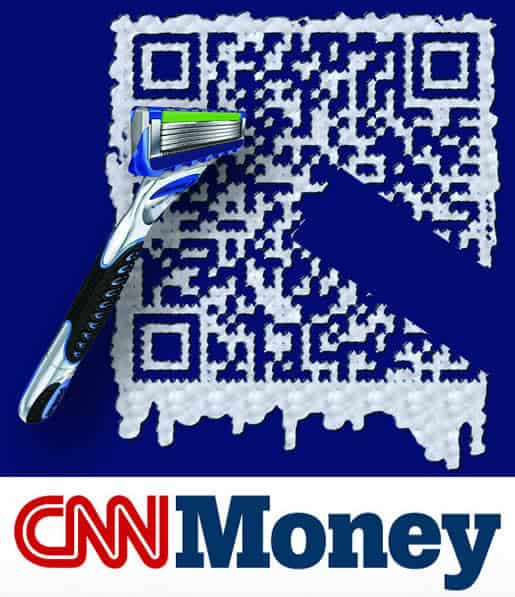 Before SCANVenger Hunt was born…we existed as COMTACTICS.  COMTACTICS was a marketing agency that focused on cutting edge technology; QR Codes, NFC, mobile marketing, social media etc.  In November 2011, COMTACTICS received recognition from CNN Money on a designer QR Code we created as a concept using the Gillette brand as the focus.  This was very exciting for us because at that time, people were still on the “Social Media Bandwagon” and had just started to take a peek at QR Codes and how they can be used for marketing.  Since 2011, the popularity of QR codes has grown and now they are used for everything from mobile payments, to product labeling, to print advertising.  So now, in 2016, we look at the attention and activity received from CNN for the designer Gillette QR Code and wanted to share how this translates into valuable data for the Gillette brand.

When scanned (works best with the iNigma barcode scanner) The designer Gillette QR Code leads you to a mobile web page that demonstrates how to use the Gillette razor for various shaving tasks.  This particular campaign was targeted to males that use the Gillette razors.  The Gillette Designer QR Code designed by COMTACTICS received nearly 2,500 QR Code scans from consumers.

Talk about matching consumers to brands…I would say that COMTACTICS (SCANVenger Hunt LLC) definitely hit the nail on the head!  Although this was just a concept, we can only imagine how this would have been if it had been implemented by Gillette and its parent company Proctor & Gamble.