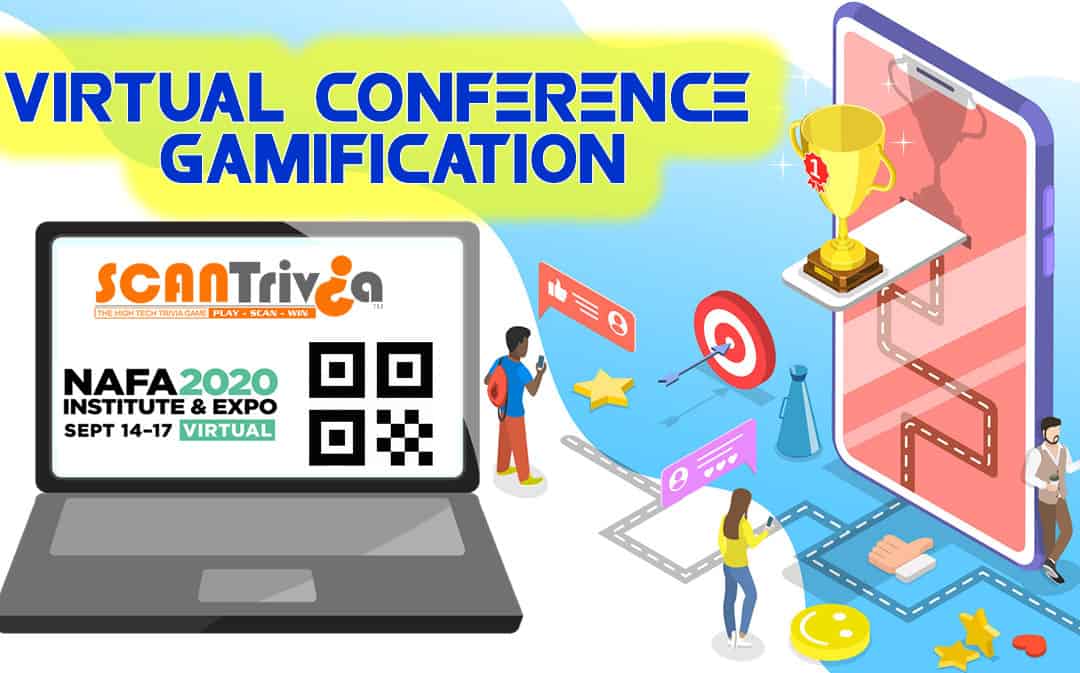 NAFA is a Fleet Management Association that currently has about 3,000 members throughout North America and has been around for over 60 years. Every year since its inception, NAFA has hosted an Institute & Expo (I&E) event to bring together fleet managers and suppliers.

Its most recent in-person iteration in 2019 took place over three and a half days and consisted of over 50 sessions and networking events, as well as a two-day trade show. The event normally hosts about 1,200 attendees and about 250 exhibiting companies.

Like so many organizations in 2020, NAFA quickly realized that their event was going to be affected by the coronavirus pandemic, and began looking into alternative options to be able to host its conference this year despite the disruptions to travel and events.

Adapting to the Pandemic

Tina Mercardo, NAFA’s Meetings & Events Director, shared that the organization was proactive in its response to Covid-19: “It was definitely an evolutionary process for us. In early February, I reached out to Indianapolis, which was going to be our host city in 2020, and asked for options. In March, we presented to the Board the option of postponing the show to later in the year, and they immediately voted to do that. So thankfully, we were able to postpone to September.”

However, that wasn’t the end of the road. Mercardo continued, “Probably in about May, we realized that a lot of people were not going to be able to travel anyway, even if we did push it. And so that’s when we started looking at how to add virtual components.”

Mercardo noted that virtual conferences had not been a major focus for NAFA prior to this year. They began exploring hybrid options, but realized by July 1st “that live wasn’t going to happen at all. So we moved to a completely virtual event, but kept our September date.”

Once NAFA had made the decision to move to a fully virtual event, Mercardo — like most event planners this year — needed to become acquainted with a whole new planning process. “It was nerve racking,” she noted. “I felt like every time I turned around, it was planning a new show, because every change was so significant. And it was something we had never done.”

Pivoting the event to a virtual conference environment required some adjustments. “We actually ended up adding a day to the show and spreading it out,” shared Mercardo. “We ended up cutting our sessions in half. The key is to note that we did not take I&E virtually, we canceled a live event and we created a virtual event.”

She continued, “Virtually, we were competing for the attention of people who had day jobs, or had kids at home that they were trying to help. Even though we think all of our content is valuable, we had to evaluate and say, if we can only do a third of this, or half of this, how do we determine what we’re going to do?

“How do you add that stickiness, that engagement factor, where even though they walked away from their computer, they want to come back to it and re-engage with you? We’ve never had that challenge before in a live environment.”

Implementing SCANTrivia for Gamification in a Virtual Conference Environment

When it came to selecting a virtual platform, Mercardo turned to her AV and IT providers for assistance. Once the platform had been chosen, she and her team considered what it was missing and what they would need to bring in. One of the weak links that they identified was gamification.

“We were specific that the gamification had to work for the exhibitors — that it had to be about driving traffic in a virtual conference environment,” Mercardo shared. “So that’s where we were like, the platform doesn’t do this, but we can’t not do this. So we have to find someone who does it.”

Through her sourcing consultant, Mercardo was invited to a demo of SCANTrivia. “After I saw it, I thought, this is amazing — it’s going to do what we need to do, and it seems really user friendly.

“I did actually look into other groups. At the end of the day, it did come down to the ease of using the program, but it also came down to the actual staff. They were just really awesome. I thought, if I’m going to add show partners to our team — we never say vendor in NAFA world, you’re a show partner — then this is a great team to add.”

Going into NAFA’s virtual conference, Mercardo had a good feeling about the gamification integration with SCANTrivia. “My demographic for my show is predominantly male,” she noted. “They’re really friendly competitors, so I thought, they’re going to love the idea of the leaderboard. Whether you’re in Alaska, or you’re in Florida, you can play the same game.”

However, it was also important that the tool add value for exhibitors — and SCANTrivia delivered on this element as well. Mercardo explained that they treated SCANTrivia for lead retrieval, which provided the much-needed value to exhibitors.

“One of the best parts about it is that we could tie the game to content,” she shared. “We’re not a purchase show — it’s about learning about new products and services. So in a live environment, they walk through the booths, and they want to learn. It was hard to track that in a virtual conference environment, just because virtual engagement is just so tough. But SCANTrivia basically replaced our lead retrieval system.”

She continued, “That engagement was great. Of the almost 1000 attendees who registered, we got 20% to participate in SCANTrivia, and that’s huge for a first-time program for us. They had about 5,500 engagement points — either they answered a question or clicked on a link — and that accounted for 25% of our total expo hall engagements.”

However, with SCANTrivia, the team at NAFA was able to send exhibitors reports including who clicked on their video knowing that it was attached to a question and how many people clicked on their SCANTrivia code. “They were really excited because it’s a measurable metric in a virtual conference environment, and exhibitors aren’t used to how you measure ROI in the virtual world yet.”

For other planners considering adding gamification to their virtual or hybrid event, Mercardo notes: “You can add gamification in a million different ways — a lot of platforms do it now — but what I loved about SCANTrivia was that it was easy to use. They were added to our team. They weren’t just selling me a product, they were literally selling me a service that they helped to provide.”

For more information on how SCANTrivia can help you engage attendees and exhibitors at your next virtual or hybrid event, contact the team to schedule a demo.